From winning first place at multiple debate tournaments, qualifying for prestigious tournaments, and being team captains for over 6 years, to interning at USC and Boeing, solving equity in debate, and enrolling at USC on a Biochemistry track, twins Harishri and Hitakshi Savdharia truly represent the best of debate and the spirit of OCDL.

Their debate journey first started at a New England Academy summer camp during their fifth grade year. After pursuing debate through NEA during their 5th and 6th grade years, they started competing for their school debate team at Fairmont North Tustin. What started as a want to gain public speaking, critical thinking, and team-work skills ended in success for the twins. During their middle school years, Harishri and Hitakshi broke numerous records in the league. Hitakshi won the coveted Hopkins gavel, the equivalent of first place speaker, and best overall debater. She also had a record of 17 wins to 1 loss her 8th grade year, as well as an 87-point average. Harishri broke the record for the highest speaker score in OCDL history, a 95, and won second and third place speaker. During these middle school years, not only did the twins debate together, but they also were team captains of Fairmont North Tustin’s team. To top it off, they represented their school at the Middle School Tournament of Champions in Kentucky where they won first place.

Harishri’s and Hitakshi’s success continued throughout high school as well. They qualified for quarter-finals at the renowned Berkley tournament during their sophomore year, semi-finals at Apple Valley, finals at La Costa, and double-octofinals at Stanford, ASU, and UNLV. They continued to be team captains throughout high school for Fairmont Prep and also started an initiative to engage women in the skill of debate called beyond resolved. Hitakshi was Secretary of the Board of Directors and Harishri was President. Through these efforts, they tried increasing equity in debate and increasing the number of women in an often male-dominated sport.

Along with debate, they both displayed strong academic rigor through the completion of the International Baccalaureate program. In their free time, they love to dance. Some of the styles the Savdharia sisters practiced were Bharatnatyam, Bollywood, Latin Ballroom, and Hip-hop. Throughout high school they remained good contributors to society and even accumulated over 430 service hours each. Outside of debate, they both participated in ASB and the Red Cross Club at their school.

The Savdharia twins attribute their success in their various projects and accomplishments to the skills that they acquired through years of participation in debate. They have also been active in the community they live in, and they are devoted to changing our world for the better through their internships, initiatives, and service. They prompt other debaters to work hard at all their goals and encourage everyone to participate in debate!

In our latest installment of the Alumni Spotlight, we feature high school senior Dean Alamy. Dean has been an exceptional member of our debate community for seven years. He participated in the Middle School Public Debate Program (MSPDP) for three years and in Public Forum for four years. Throughout these years, he has exemplified his talent in the art of debate and was even ranked as the #1 Public Forum Debater in California by the National Speech and Debate Association this year. Dean explains, “Throughout high school, I have been heavily involved in speech and debate, which all started through my involvement in the OCDL as a middle-schooler.” Throughout his years in OCDL, he was co-captain of the Fairmont Prep Debate Team. Since then, he has successfully competed at various public forum tournaments, including being invited to the prestigious Berkeley Invitational. He has stayed connected with his debate alma mater, OCDL, by coaching the Brookhurst debate team, which competes in the League.

Dean explains that debate has helped him immensely even out of the classroom. He said he has “found that [his] experiences with debate and the skills [he has] picked up along the way have been integral to [his] success in and out of the classroom. Even though [his] studies focus on STEM, [he] finds that debate and the ability to speak publicly have helped allow [him] to flourish and become a more confident person.” Dean will be attending Stanford University next year as a part of the class of 2025. At Stanford, Dean plans to study bioengineering. Dean wants to relay onto other debaters that “the community I have built and relationships I’ve been able to form have created a home for me–I’ve noticed that the majority of my close friends were once opponents in a debate round.”

Currently a junior at Sunny Hills High School, Krishna Thaker has been involved in debate for many years. Inspired by her older cousin, also a debater, Krishna had been determined to join debate since third grade, and finally joined the Orange County Debate League in fifth grade. She first debated on behalf of Beatty Elementary School until reaching middle school, when she debated for Buena Park Junior High. Over the course of her four years debating in the league, she accumulated over 13 speaking awards, even ranking once in the top five. Since graduating from the middle school league, she has returned as a judge and now judges at all OCDL tournaments. She is also a part of the OCDL’s Communications Committee.

Her time in OCDL inspired her to be active in her community and use her voice to make a difference. When she started high school, she kept this spirit and involved herself through clubs, writing, and dance. She is in several clubs, including Red Cross, Junior State of America (JSA), the California Scholarship Federation (CSF), and Amnesty International. Krishna is especially passionate about JSA, where she holds the esteemed position of Director of Debate. In the club, different resolutions are debated, congressional bills are written, and students are educated about the government and its ever-changing politics in the point of view of their own peers. Krishna attributes her success in the program to her years of debate, which urged her to become informed on prominent issues about society and the government.

Krishna also enjoys writing for her school paper, the Accolade. Some topics she has written about include the electoral college, her fellowship with the California Democratic Party, and the various effects and impacts of Covid-19.

In school, Krishna challenges herself with rigorous courses as well as many extracurriculars. Outside of school, she remains devoted to spreading awareness about the issues she holds close to her heart and volunteering with the Orange County Debate League, whether through judging at tournaments or helping out with the Communications team.

Over the course of the past few weeks, I have had an ongoing conversation with OCDL alum Jack Thompson. We discussed how OCDL has impacted his life and what he has done since his last middle school debate through the league.

Jack is currently a senior at San Juan Hills High School and started competing in OCDL through New England Academy when he was in 7th grade. He has been involved with the League ever since. In his 7th and 8th grade years, he placed in the top ten speakers many times and even in the top three speakers during his 8th grade year. After graduating from the middle school league, he decided to join OCDL’s high school league, at which he placed first place. He also helps coach middle school classes at his debate alma mater, New England Academy.

Jack’s passion for debate urged him to change the debate club at his high school. He took over the club and used the debate techniques he learned through OCDL such as the AREI format,  to help other aspiring debaters in the club. He still hosts regular debates and meetings through this club.

Outside of debate, he is involved in the Model United Nations program,  in which he has won many awards including the Best Delegate, which is the highest ranked award you can win in the program. He also started the Standardized Test prep club, which focuses on helping his peers prepare for the ACT and SAT exams. He also enjoys the outdoors and backpacking. He has backpacked in Mammoth, the lost coast trail, and the Sierra Mountain. He also is involved in the sport of Cross Country.

Jack stresses the importance of debate in his high school career. He says that debate and the skill of public speaking has helped him tremendously in boosting his confidence, as well as in his college interviews, and writing essays for his applications. When asked one thing that he wants everyone to take away from this article, he replied, “I think the speaking skills, no matter what you do in life, will help you and how you present yourself in the future.” 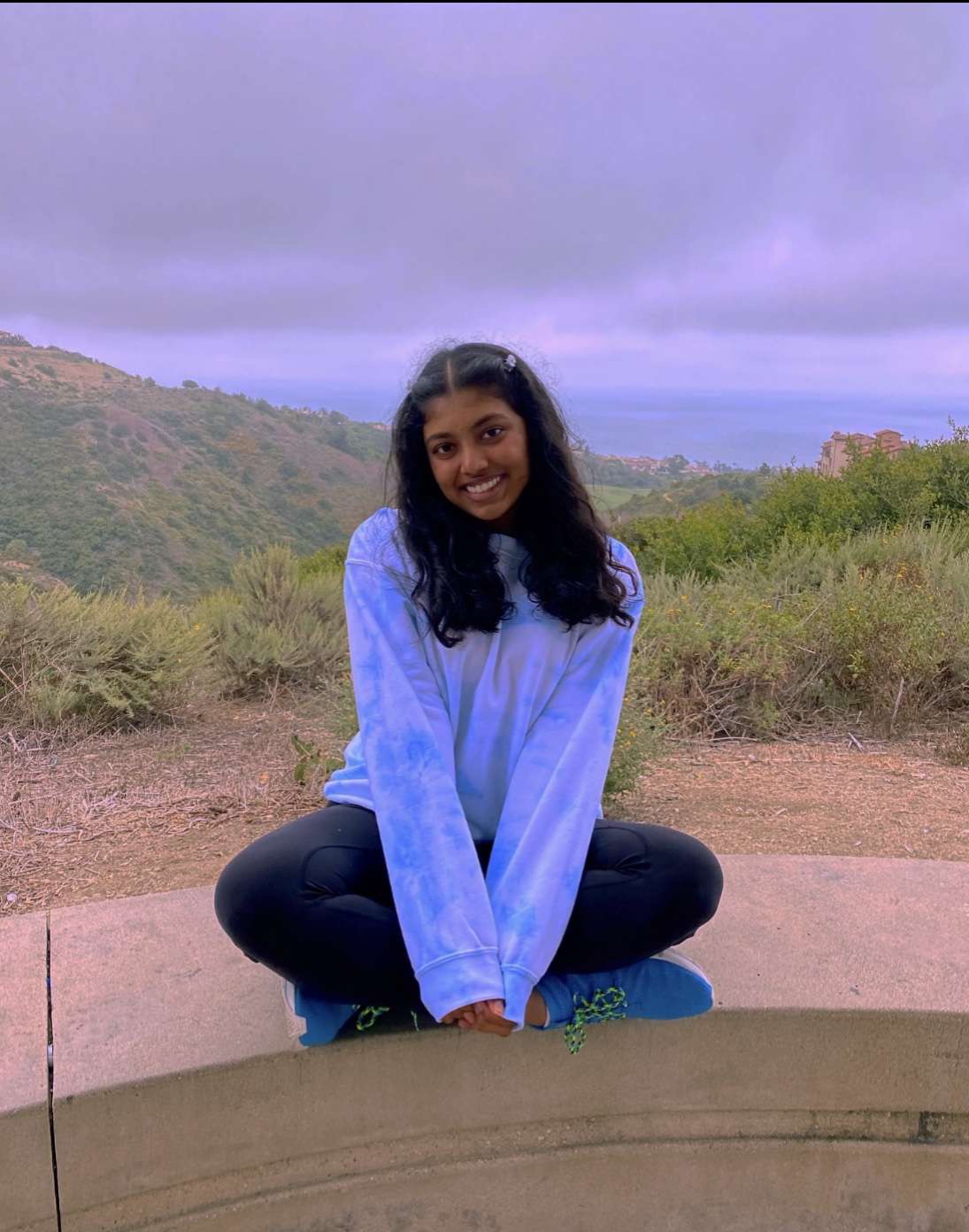 This past week, I had the pleasure of speaking to one of Orange County Debate League’s Alumni, Shreya Chitoori.  Shreya just graduated from Sage Hill High School and is currently a freshman at the University of California, Berkeley, where she is studying Molecular and Cellular Biology on the Pre-Med track.

She started competing in OCDL during her seventh grade year and continued into her eighth as well. Over the course of the two years, she developed skills in public speaking and debate and earned six speaker awards and seven team awards in OCDL tournaments. In her 8th grade, she traveled to New Orleans with the OCDL and placed as 4th speaker.

When asked why her passion for debate started, she responded, “OCDL got me out of my comfort zone. The format of POI’s helped me think on my feet and also elevated my general knowledge. I really like how helpful everyone is. [The] OCDL is a tight-knit community that helps each other.”

In high school, Shreya helped OCDL’s board run tabulations during tournaments. She also started exploring new formats of debate. She found that she liked the World Schools debate format, which is a format that combines prepared topics with impromptu topics. Through this format, she earned over 25 speaker awards over four years and also won second place team at the highly reputable Harvard Westlake tournament.

Shreya’s biggest achievement in debate was being the director of competition at her high school where she organized the first ever international tournament hosted by Sage Hill.

When asked if she was always a public speaker, Shreya responded, “Definitely not. Actually, I was very shy before I joined OCDL. Debate really shaped my personality, and I really think everyone should join debate regardless if they are shy or not. They will just fall in love with it. OCDL really is a stepping stool for success in high school and even college. It really opened many doors for me, and I don’t think I would be the same without the skills I learned in the league.” She now is part of the debate club at Berkeley.

Outside of debate, she loves to golf and play piano, and she is also now a member of the Alpha Phi Sorority at Berkeley. Her biggest recommendation to all OCDL debaters and students is to “[j]ust do debate. Period. I promise you, you will love the sport, as well as the community, and the friends you make and the skills you learn will be carried on with you even after OCDL.”